NOAA, the National Oceanic and Atmospheric Administration, has come out with it's national forecast for the winter of 2017-18 and things appear to be looking good for central Missouri. The big question this year though is the presence, or lack thereof, of El Nina (the opposite of El Nino) in the Pacific. Like it's opposite El Nino, an El Nina event has a dramatic effect on the weather (not the climate - that's another thing entirely, and don't get me started!) and it is not certain yet there will be one. These predictions will be updated mid-November, but right now this is how it looks too NOAA.

As for temperatures, the prediction for the lake area has about a 33% chance that this winter will be warmer than normal. 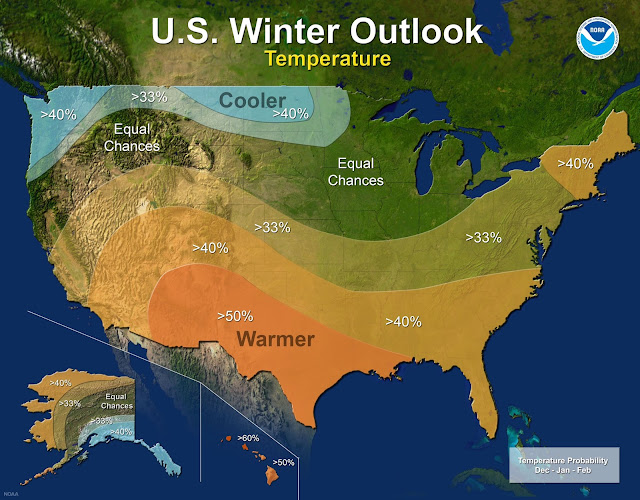 While from below we can see precipitation chances are 50/50 it will be dryer or wetter than normal. Meaning, it will probably just be normal. If predictions turn out to be accurate though, wetter conditions in the upper plains along with colder temperatures may raise the possibility of spring flooding.  Let's hope that doesn't happen...again. 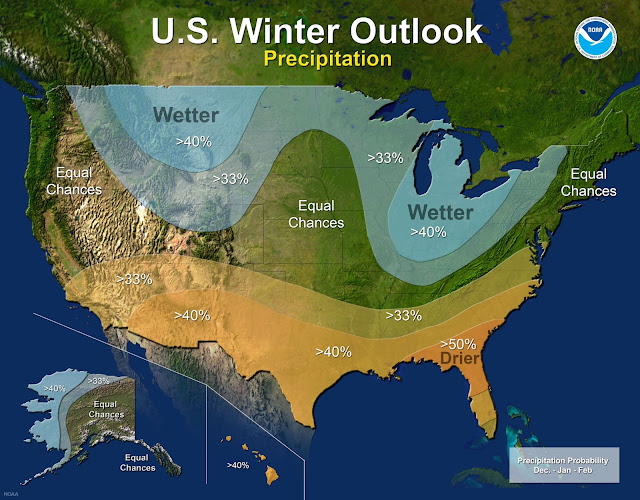