May 2019 Lake Levels and Flow Rates

As I mentioned in my last post, there really is nothing special about May's data. An remarkably brief opening of the flood gates at Bagnell Dam hardly shows up as anything one would notice unless you knew where to look. 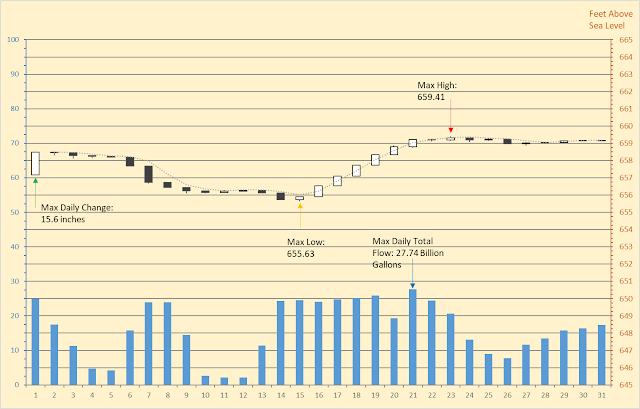 I do have to point out a rather impressive display of control here for reaching a target level of 659-660 just before Memorial weekend. The lake was brought up from a monthly low of 655.63 to 659 in one week without any "overshoot" despite flow rates at maximum generating capacity (represented by a daily total flow of about 25 billion gallons) AND in coordination with Truman Dam. Although it looks like from the graph that someone realized at the last minute that the lake was about four feet shy of normal pool level for the holiday weekend and played catch up. Tip of the hat to Ameren management on that one.

Now that we're heading out of the spring draw down and back to summer levels I figure it's a good time to put out the monthly summary chart so far for the year as well. 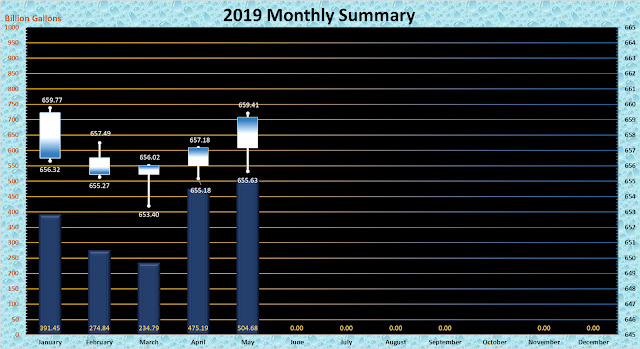 Again, a fairly unremarkable chart, one that fits well into the curve guide.

And finally for those that just want to see the details for hourly levels and flow. 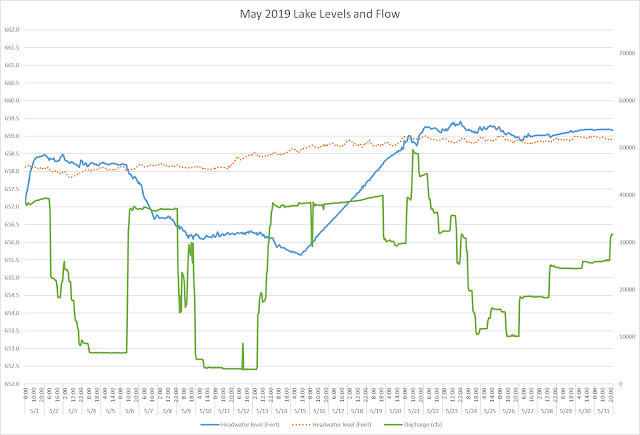 That little spike on the 21 above 40,000cfs represents the brief opening of the flood gates.