March 13th. I'm calling the low of the year on March 11th, 2020 at 10AM with a lake level 654.40 feet above sea level. Sounds so official, doesn't it? Nailing the 10 year average almost down to the hour, and less than 4 inches from the average level!

Almost called it too early! Levels reached the low on March 11th with a rapid rise from there  followed by another drop that almost reached the lows for the year.

And just to make it a little easier to see. Here's the candlestick graph for March. 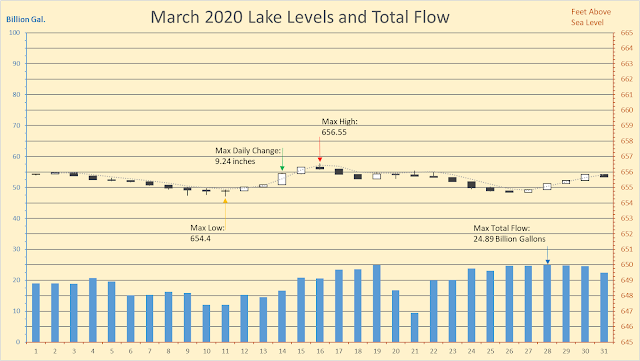