There have been boat crashes at the Shootout before, but nothing as spectacular as this one of the catamaran "OuterLimits" driven by Joel Begin and Mike Fiore.

Update:  Mike Fiore, the owner of Outerlimits died on Tuesday August 26th, 2014 due to complications after surgery for his injuries.  This is the first death from an accident at the Shootout since it began.

These folks are lucky things didn't go very badly for them on the dock.

Technically, there is no size limit for boats operating on the Lake of the Ozarks, but there are limitations to dock slip size.

"The maximum boat slip size shall not exceed 55 feet in length for residential permits and
60 feet  for  commercial (marina) permits. Any  watercraft moored  within slips permitted
after March 30, 2008 shall not extend beyond the mouth of the slip."  - SMP: Appendix B (2007)

The slip size restriction was set in place as a broadside effort to limit the size of boats on the lake. The March 30th, 2008 date insures that as docks are replaced, or require re-permitting for any reason, their slips will be within the maximum size and no boat extends beyond the roof-line. Slip size restrictions do not imply restrictions to the overall size of the dock, which can be quite large and limited only by the same rules as any other dock such as property line extensions, set-back minimums, cove "head" limitations, and how much one is willing to spend each year for a permit. Any dock over 3000 sq/ft is assessed an extra six cents per square foot annually, rather than just a one time fee.

Some might think that using a pier is a way to get around the limitation but Ameren has rules which make this option difficult and ultimately no advantage for a larger boat.

For property where a pier is even practical, let alone possible, the pier length limit of 30 feet does not facilitate mooring large boats.  A 70 foot boat is not going to tie up to a 30 ft pier and be secure, although some configuration might be possible.

There are exceptions of course, the obvious being the motor vessel "Celebration", and it's sister ship the "Celebration II", 80 foot excursion boats popular for daytime and dinner cruises.  It is unclear what rules govern commercial vessel mooring facilities, but for private residences the only means of having a dock large enough to accommodate a 60+ foot boat is to already have had it built and permitted over six years ago.  As docks age and are replaced, these will become rarer and ultimately the slip size restriction will start to have an affect.

January through March is when Ameren begins "drawing down" Lake of the Ozarks to accommodate shoreline work and cleanup. The chart below is an update to an earlier five year comparison.  This one now has 7 years worth of data.  In short, the average low is 654.89ft, and on average is reached on March 11, at 11 am. The prominent black graph line is the 7 year average. 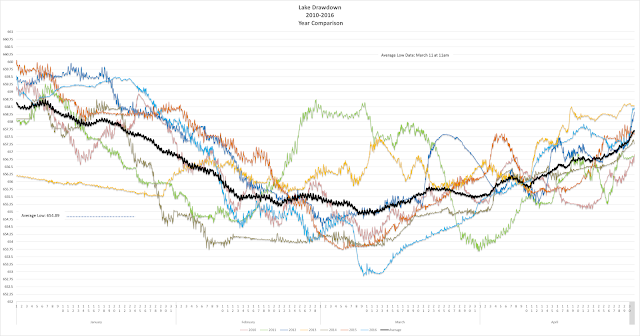 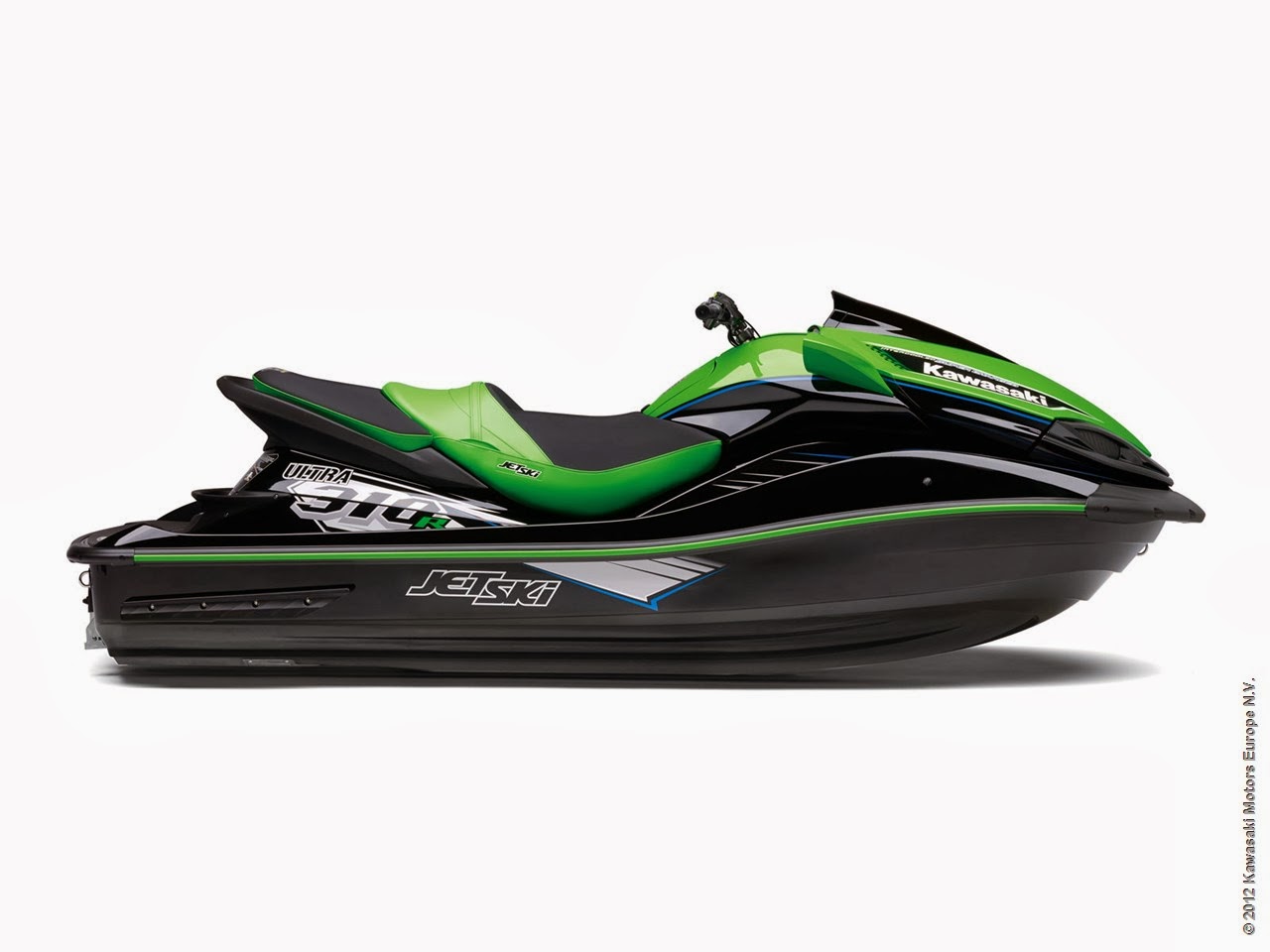 A 310HP personal watercraft.  My Yamaha has an envy.

1886 Osage River - Not Worthy of Improvement

The idea of building dams on the Osage River goes back as far as 1886.  From the first session of the 50th U.S. Congress,  an excerpt from an evaluation of the potential commercial value of developing a lock and dam system on the Osage river by the U.S. Army's Office of Chief Engineers.

With levels ranging in a narrow band between 659 and 660 feet the chart detail scales accordingly, making lake levels look more erratic than they really are, but the gradual downward trend is indicative of the lack of rain in the area.
at 9:31 AM