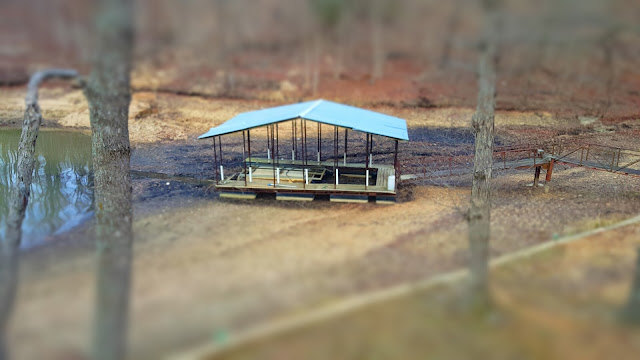 This data is from the Missouri Secretary of State's office.  You can go see the results for any county in Missouri here.

For Camden County though, here are the results for the six (five now) remaining candidates. Total votes cast in Camden County were 12,815, and the results are in order of most votes.  While Missouri is an open primary state voters can only vote once, and for only one party of choice.

Bernie wins by the slimmest of margins, 31 votes.

For the Republicans it was very close between Senator Cruz and Donald Trump overall in the state, but not in Camden county where Trump won by nearly twenty five points!

As we can see from the numbers, over 3 times the number of our Republican neighbors voted compared to Democrats. I'm of the opinion that most Democrats stayed home as either candidate works for them really.

Putting it another way, every person that voted just made the choice for two others as well. While primaries are only the political party nominee process, in our two-party system it is easily the vote that has the most impact.  Once the process comes down to just two candidates for the general election, things are reduced to a simple popularity contest.

Vote. Democracy is a participation sport.
at 12:15 PM

Drawdown Stabilizes As the Rain Stays Away

The drawdown of lake levels seems to have stopped and flow remains minimal so we can see the trend is on the rise a bit.  It appears yesterday's low is it for the year.  At two and a half feet below the average level for this time of year, this is a good opportunity to gain access to shoreline not typically exposed. I hope they maintain this level through the weekend.  After last year's flooding, there is a lot of debris to pull out of the water.
at 3:14 PM

The lake at 8am is now at 652.97', and it's lowest point of the year so far. Generation has been stopped and flow seems to be from the house generators at around 3000cfs.  At this flow rate, the lake will begin to rise slowly.  We are now two and half feet below the five year average.  Anecdotally, this is the lowest I remember seeing it in quite a long time.

Time to recover those chairs that blew off the dock.
at 8:32 AM

Bagnell Preps the Lake Ahead of the Storm.

Today, one year ago, the lake reached its lowest point of 2015. I thought we had reached the lowest point in this year's annual drawdown last week, but it appears that Ameren has been releasing a respectable amount of water in anticipation of the coming 4 inches of rain.  The effect has been to see lake levels lower than they have been in five years when the lake reached a minimum of 653.69' on March 31, 2011.  The lake is currently at 653.35' and dropping.

With a sustained discharge averaging over 25,000 cfs for the past 24 hours the lake has dropped a full foot. This is actually great insight to just how much water must flow out to obtain such drops when there is very little surface water contributing to lake levels.  It's been very dry in the area so nearly all of the lake's water renewal lately has come from its major river and stream sources, which on average run about 10,000 cfs.

I don't like rapid tide-like changes in lake depth, it seems to mess with the fishing. I respect what Ameren is trying to prepare for, but I think they may be overreacting a bit. I don't think four inches of rain is going flood a lake that was already nearly six feet below normal operating levels.

Then again, they may just be trying to make the paddle-fishing interesting below the dam. ;-)

December's flooding impact finally ended mid February as heavy flow discharge brought lake levels to the anticipated drawdown point of 654ft. In fact, as of February 9th, lake levels are actually below the 5yr average (orange dotted line). Amazingly, water clarity has yet to improve significantly (at least in my cove).

With unseasonably warm and dry conditions I would expect the lake to maintain between 654-655ft for at least a few weeks.  If you have any work to do on the shoreline, now is the time!

NOTE: The chart only goes to February 28th to maintain multi-year alignment in my worksheets. The 29th of February offered virtually no change in levels or discharge and the absence of data should have no impact on long-term trending.
at 12:06 PM