Bagnell Dam, on average passed through about 12,500cfs of water every hour in 2017. That's about 93,400 gallons every second, again on average. The graph below breaks down the percentage of time operated at specific flow rate ranges.

The total amount of water passing through Bagnell Dam for 2017 was just under 3 TRILLION gallons. 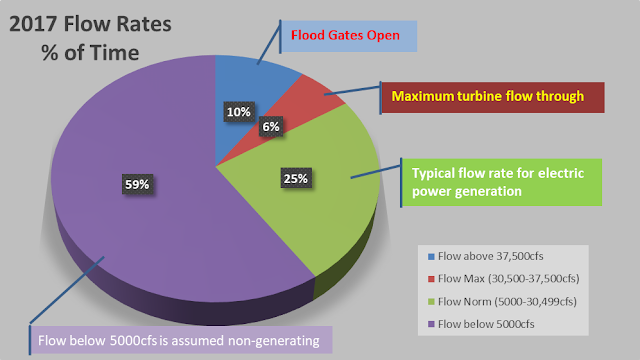 For power generation it is assumed that total generation operation time is a combination of typical, maximum, and flood rates, or 41%.