I've got a few acres of woods around me so things like bear (yes, there are bears at the lake), raccoons, deer, snakes, and insects are just a part of life. If you have property at the lake, in general you'll have to cohabitate with just about all of God's creatures of the Midwest, but this year is like nothing I've ever seen before when it comes to flying insect pests. This year's most wanted...the yellow jacket. 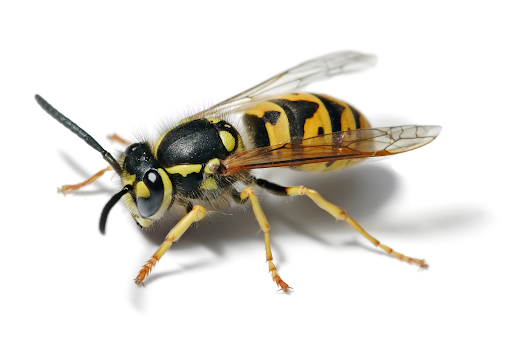 They are EVERYWHERE this year at the lake. I have a colony I've been chasing throughout the property for years now, so I thought this year's brood was mine alone to tackle, but I've been taking a consensus this summer and it seems everyone has them. We were at Frankie and Louie's this weekend and even with traps galore they were all over the bar area. It made getting a drink a little intimidating and those poor bartenders seemed resolved to take their lumps.

So if you're dealing with them too, know it's not just you.

Yellow Jacket, or a hornet? My wife and I are having this debate. The picture above is a Yellow Jacket, and looks like the ones I'm dealing with, but the nests I've seen are in ground which is more indicative of a hornet. I've read both types go to ground as well as building those famous paper mache (sic) style in trees. They're pretty much the same critter in terms of aggressiveness and painful sting though so it doesn't really matter. Plus they both eat the same thing, basically nectar, although Yellow Jackets have a taste for dead meat apparently. I'll leave it to the reader to determine which they are battling, but there are plenty of sites that will help  you identify the culprit.

And we're blaming climate change for this widespread phenomena in 3...2...1