In early April, 2015, after some intense stormy weather, this boat appeared off the point at Lazy Gators. 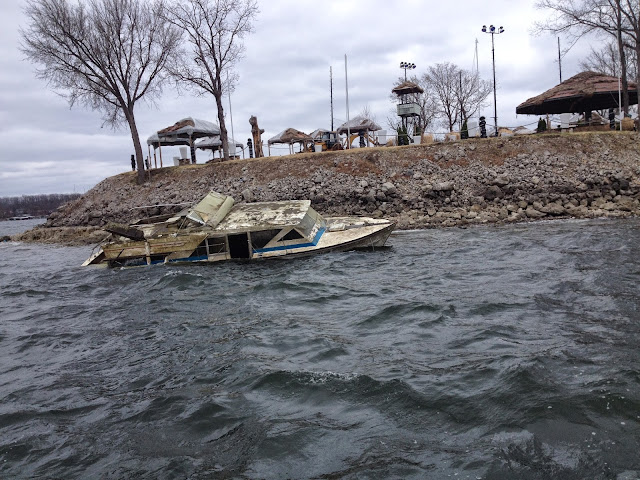 It seems amazing that a surface storm can churn the water so much, and at such depth, that things like this suddenly surface. Actually, it really doesn't take that much energy when submerged artifacts are right on the edge of being buoyant.  They effectively loll around the bottom until forces are sufficient to bring them to the surface long enough to be blown to shore.  This is how treasure is often discovered in the ocean right after hurricanes. This boat looks circa 80's judging by the motif. I bet the old owner is going to be surprised when he's told his boat has been found.